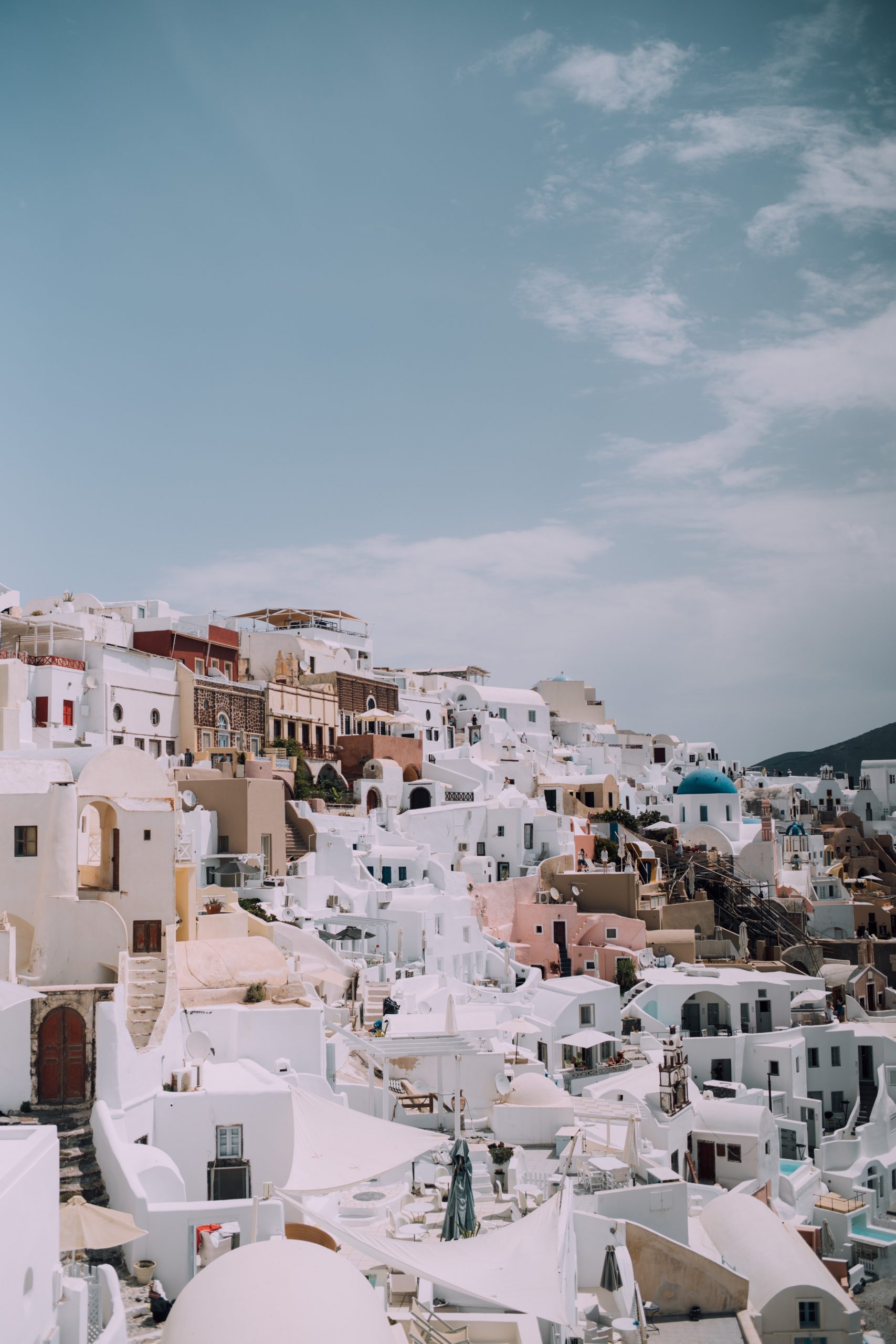 We’ve seen the basics of how content marketing works, but now let’s dive into it in a little more detail. What is the precise process that converts a first-time visitor into a rabid fan? How does content marketing take someone from a ‘cold lead’ all the way to a ‘buyer’?

Well, first, the content is what will help your new visitor to discover your site. They will search for a specific topic, and your site will come up in the search results, or perhaps they will see a post from you on Facebook that a friend has liked. Either way, they’ll then click on the link and read your site, but this alone isn’t going to be enough to turn them into a real fan.

In fact, they’ll likely just leave your site and not come back! They will probably scroll down the page so fast they don’t even see your logo, and then the reader will just navigate away as soon as they’re done.

Days, weeks, or months will pass, and the same thing will happen a couple more times. By coincidence, they will end up on your site. It’s at this point that they will start to recognize some of your branding, and they’ll note that you are running a pretty decent gig here. They’ll note the name of your brand, and the next time they search on Google, they’ll look for your site’s name in the search results. 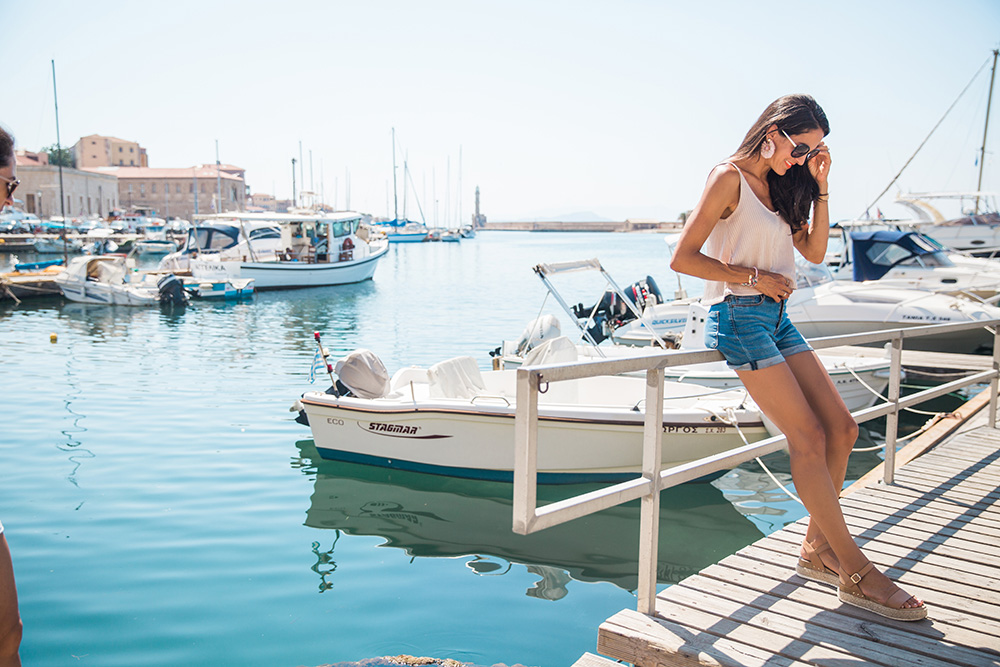 And it’s at this point that you just took your visitor from being a cold lead to being a very warm lead.

And now, when you come to sell something, they will be highly likely to be interested. Not only will they be the first to hear about it because they’re reading your content regularly, now the readers also know who you are. They will trust you to deliver high-quality content, and the reader will see that you know your stuff.

Imagine if you read a photographer’s website every week and the photographer shared tips about how they create the perfect photos, what tools they use and how every job is important to them.

If you read this often enough, you’ll likely come to respect that photographer’s point of view, and you’ll know at least that they have a deep understanding of their craft and they take it seriously.

Imagine that you need someone to take some photos for your website, your wedding or another event. Who would you consider asking first? (Assuming they were local.)

This is the power of content marketing, and it’s something that you can see used effectively in countless sales funnels and by many other marketers.

Think of it this way: if you landed on a website and the very first thing it did was to try and sell you something, what would you do? You’d probably leave! You never asked to buy something, and more to the point, you have no reason to trust the person selling. It looks like spam, and you leave.

This is considerably different from being a long-time reader of a blog and then learning that the writer also has a book out. This is a much less invasive way of discovering a product and more to the point, you know something about that blogger, you know that they know their stuff, and you can trust them. They have built a brand through their content marketing, and that means you’ll feel much more comfortable handing over your cash.

I like to think of this in terms of dating. Trying to sell to someone without first establishing trust and authority is just like approaching a stranger in the street and asking if they’ll come home with you! They don’t know you, they don’t trust you, and they’re being annoyed at the interruption to their day. 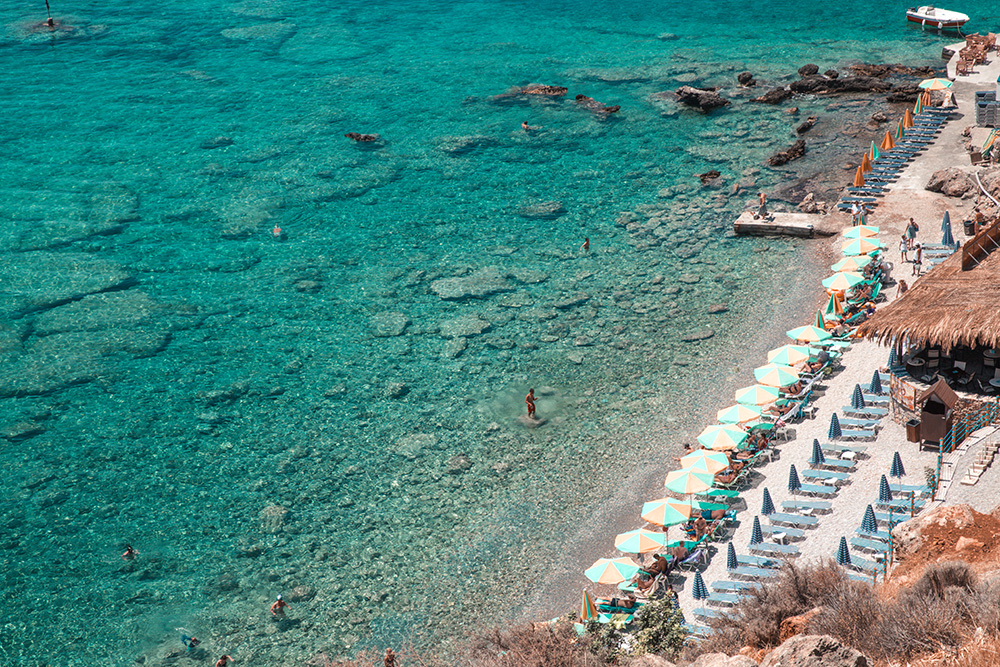 But if you have done the groundwork by chatting, dating, and demonstrating you’re a nice person, then you’ll earn the right to ask them home.

Let’s take a look at one example: Thai Lopez.

Thai is a controversial digital marketer and a house-hold name thanks to his series of adverts that show on YouTube before other videos. He is

responsible for the ‘hear in my garage’ meme that has been doing the rounds online, and if you’ve spent any time online, chances are you will have encountered him.

While you might find Thai’s in-your-face marketing strategies to be irritating (like most people do), the reality is that they work. We know they work, otherwise, he wouldn’t have been able to make so many using the profits from his previous videos!

The success partly comes from how annoying the videos are. Thai is bragging about his sports cars and books, and his attempts at authenticity are so thinly veiled that you can almost feel the slime. This is all part of his strategy, of course. Being irritating and controversial gets people talking, and that is great for business.

But what you can also learn from Thai is a pretty immaculate example of content marketing.

Content marketing does not just mean blog posts. It also means video, pictures and really anything that can be considered content.

The first video from Thai then is an example of content. This is the point at which the viewer is a cold lead. They didn’t ask to be watching this, and they have no reason to want to stay tuned. The first thing Thai does then is to establish authority. He does this by showing off his cars, by referencing the fact that he gave a TED talk, and by talking about money a fair amount. Now the audience knows he knows his stuff. He shares some of his personal back-stories, too, in order to establish trust.

The next thing he does though, is to talk about another video: a free video that lasts over 50 minutes. This is important because the video does not only appear great value (50 minutes for free!) but is also an opportunity for him to build more trust and authority.

If Thai were to tell you to buy from him as soon as you watched the YouTube video, you probably wouldn’t. You’d ignore the video and carry on with your life. At this point, he hasn’t done enough to prove himself to encourage you to buy from him.

But now imagine that you’ve just watched 50 minutes of content on top of that advert. Now you know just what value (I guess…) Thai is able to provide. You like what he has to say, you trust him and you’ve been given more reason to consider him an authority in his field.

It’s only at this point that Thai will now begin to try and sell to his audience. By doing this, he has now earned the right to sell and the audience is more interested in buying from him. They’re hopefully now convinced that he is a money-making guru and if they want to achieve some of his success, they might consider investing in one of his books!

This is a typical sales funnel’, which in turn is any system that is designed to take someone from their first encounter with a brand all the way to wanting to buy from the creator. A funnel will almost always start with something free – a free taster – and then encourage more and more engagement right up until the point where it tries to make a sale.

But this sales funnel – like all sales funnels – also relies heavily on content, making it an example of content marketing as well. If you want to build trust and generate sales from your own website or blog, then you need to mimic this process. And it starts with amazing content. 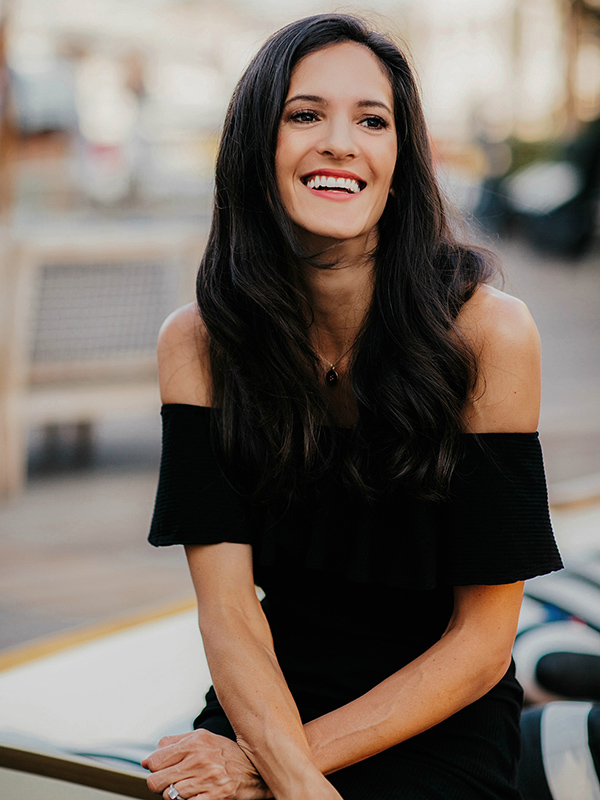 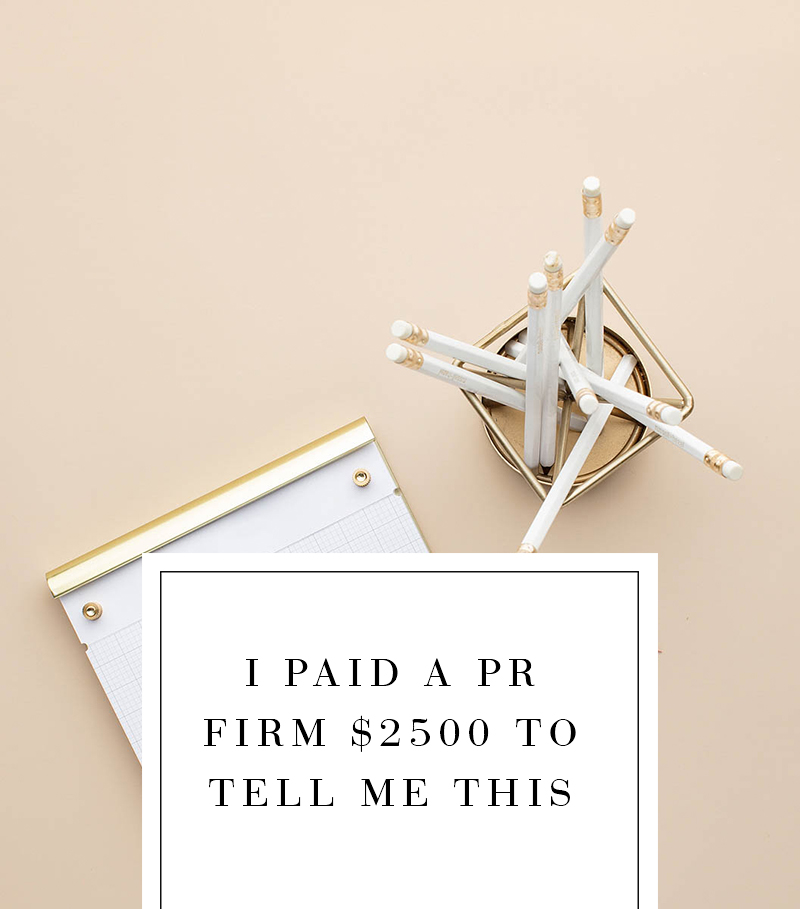 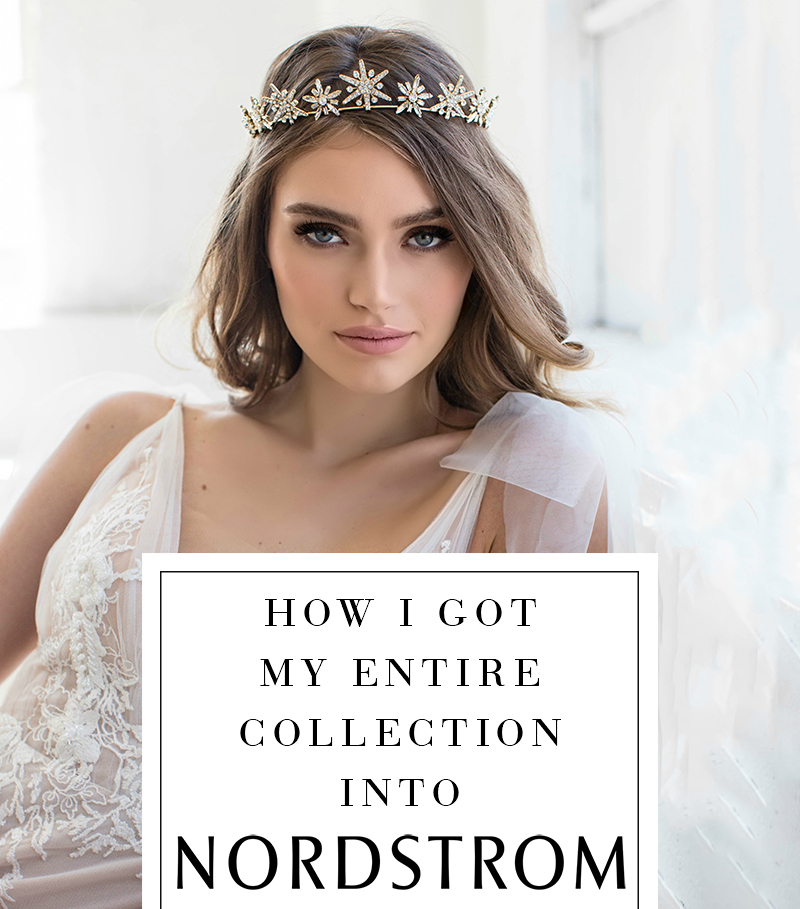 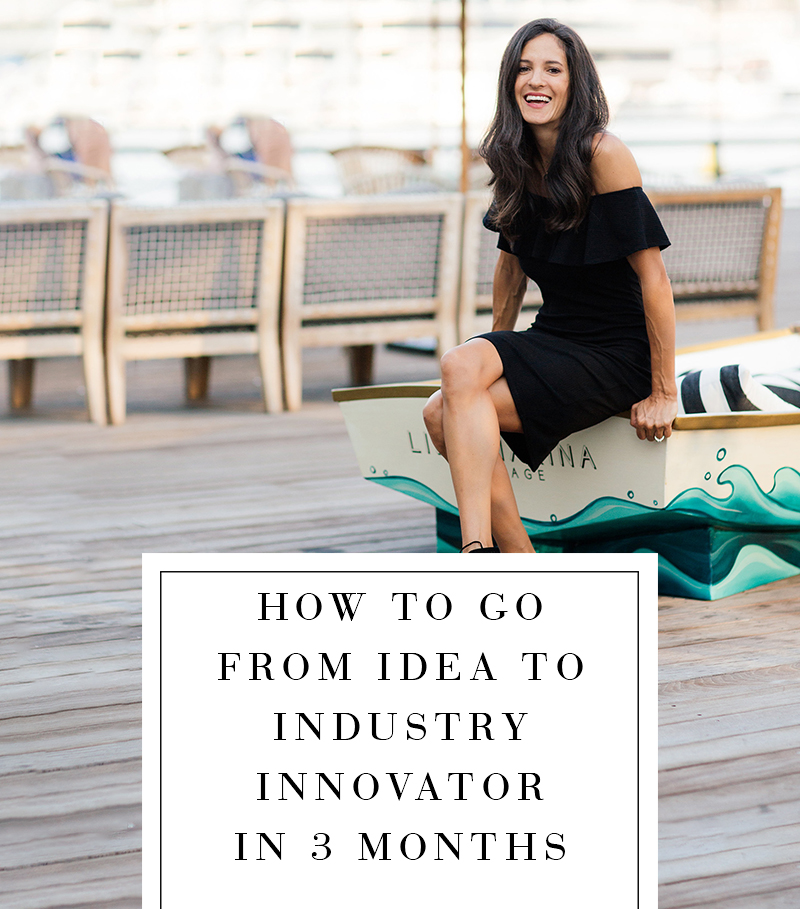